From secondary character to not-so-spunky heroine 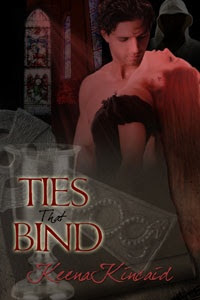 Secondary characters are easy to love. Often they are my favorite parts of a book. They can be quirky, sly and blunt without repercussions. Their job is to say things that your hero and heroine never would and nudge the story into the tangled hedgerows where conflict thrives.

For example, in ANAM CARA, my heroine, Liza, is too determined to maintain control over everything within her sphere of influence to offer Bran and Aedan a place to sleep for the night. She knows minstrels are uncontrollable and suspects these two are worse than most. So her daughter, Tess, issues the invitation because it's the right thing to do (and because she's already a wee bit curious about the minstrel's younger brother, Aedan).

Tess also provides an outside point-of-view through dialogue to explain what Liza does and why.

When she asks if Liza shares a past with Bran because of the way he looks at her, Liza curtly replies, "I cannot control how a man looks at me, Tess."

Tess gets to reply: "You try. You try with your ugly hair, your constant glare and your sour demeanor, but you got me from somewhere."

There is a wealth of knowledge about Liza in that statement, even if it is filtered through Tess' eyes. But a plain-spoken daughter doesn't necessarily ascend easily to heroine status. Like Aedan, when I sat down to write TIES THAT BIND, I had to not only grow Tess up, but also fully flesh out her character. In the process I discovered something quite challenging: Tess is not her mother.

To understand the steps I needed to take to make Tess her own person, you need to know a little bit about her mother, Liza, and me, the writer.

I don't write spunky heroines. They are strong and stubborn and a little bit harsh. Life has battered the hippie-like optimism that heroines need to be spunky. In fact, my heroines often need to find hope and the gentle side of themselves before they find love (no Freudian analysis, please).

In Liza's case, if there is such a thing as reincarnation, she was Boudica in a former life. She's that determined, unyielding and capable. The downside of those traits? Domineering, stubborn, and controlling. She's a hard woman to befriend, but once you know her, there's no one else you'd want in your corner. The line that introduces her--"Of all the things Liza would miss when dead, being gawked at by strangers was not one of them" sums her up perfectly.

Like everyone else around Liza, Tess learned early the futility of direct confrontation with her mother. Instead of being the defiant rock in the middle of the stream, she's the water that quietly goes around all obstacles. And because she's quieter, more easy-going on the surface, others are quick to remind her that she's "not like" her mother.

And unlike Aedan who spent five years drenched in wine, women and song, Tess spent the intervening years keeping secrets, experiencing loss and living with heartache. Midway through writing the book, I realized quiet, self-possessed, stubborn-but-sad heroines who don't openly stand up for themselves aren't the easiest for readers to identify with. Too often, we assume placid is the same as passive.

I tried to do a character make-over on the second draft, but true to form Tess stubbornly remained the same. The fault lay not in the character, but the writer. I needed that outside point-of-view. So I went to the person most likely to notice the changes in her: Aedan. Here's the passage where we get a sense of Tess:

Mirthless gray-blue eyes inspected her. She had no idea what he sought, but what he found tightened his mouth and his eyes darkened to the dangerous color of lay-grade pewter.

"You are wisp-thin and pale as a cloud."

As close as a linen shroud, his searching energy danced over her skin. Her heart jolted, fiercely hammering against her chest. She should run, push him away and race to wherever it was she would be safe and free of men.

She closed her eyes and shivered when his fingers touched her neck, skimmed her collarbone, stopped at her ribs. Internal heat followed the trail, and then pooled deep and low, making her feel as if she would boil away if he didn’t stop.

"You feel cordoned-off, nay, hidden." He spoke softly, as if to himself. He bent closer, his breath a whispering invitation against her mouth.

He drew away just far enough to allow her to breathe. His hand fell away, but her skin

still burned where he had touched her. "You do not feel right."

"That is nonsense. You have no idea how I should feel. It has been too long."

And throughout the story, Tess shows herself to be the perfect ballast to Aedan's more mercurial nature, culminating in what is one of my favorite scenes from the book because we see just how strong Tess is.

"Go. There is no gentleness in me this night."

Her declaration scraped against the dead, frostbitten portion of his soul, exposing raw, throbbing emotion. Aedan flattened his palm against the wood, seeing the dried blood splattered across his sleeve. He had washed his face and hands, but that was all. Looking down, he noted his tunic was ruined. "Bran is right, Tess. You should not be here. I am not a good man."

His declaration, perhaps the most honest of his life, fell lifeless at her feet. She ignored it and came to him, standing inches from him, waiting. His lungs clogged at what he saw. Her heart and mind were as clear as a fresh stream. He could sift her like flour in this moment, and she would let him.

Her trust shattered his heart. At the same time, the calmness that always seemed to ride the air around her wrapped him, slowing the torturous whir of his thoughts, quieting the itch to run murderous throughout the keep.

"Say what you came to say and leave."

"I will." Tess pressed her palm against his heart. The trembling tension in his body spiked. Grief swirled through him, catching in his throat and eyes. "Later."

He knew the tone, though he'd never heard it from her before. He'd sooner move the sea than change her mind. With the fluid efficiency of a falchion at close range, she loosened his bloodsoaked tunic and tugged it off.

"Rest," she said, and pushed him onto the bed.

He grabbed her wrist, held her at arm's length. "Tess, you are a grace from heaven that I

"Does anyone deserve love and grace?"

With that, she stepped inside his guard and curled around him like a wood nymph comforting a freshly hewn tree. She was solid. Real. Warm.

I've come across a few other calm, quiet heroines in my readings, and I have much greater appreciation for them now than I used to. So, if you have a moment, leave a comment and tell me who your favorite not-spunky heroine is.

By the way, this blog is also posted at Lindsay's Romantics blog if you want to see what additional readers have to say.