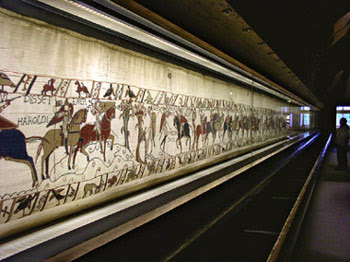 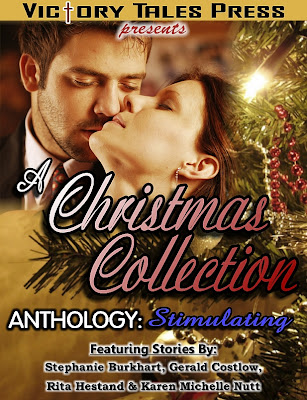 Buy Links:
Amazon: (print) http://www.amazon.com/Christmas-Collection-Anthology-Stimulating/dp/1456304410/ref=sr_1_1?ie=UTF8&s=books&qid=1289273692&sr=8-1
Ebook, Smashwords: http://www.smashwords.com/books/view/29148
Create Space, Print book: https://www.createspace.com/3494425
Victory Tales Press: http://victorytalespress.yolasite.com/online-store.php
Check out the Story Teaser on You Tube: http://www.youtube.com/watch?v=-muZ0dhOvSE
Find me on the web at: http://sgcardin.tripod.com
Goodie Time: Leave me a post and I'll pick out two winners to receive an autographed postcard of the cover. Tell me about one of your Christmas traditions and I'll pick a winner to a print copy of A Christmas Collection, Stimulating. I'll come back on 07 DEC to pick the winners.
Posted by Keena Kincaid at 6.12.10

Steph--I love that tapestry--or embroidery. You're such an international author, using settings you've been to or would to visit. Very interesting, and a good hook, too. Good job, you do, all the way around, in everything. Congratulations on so many books! Celia

I wonder how long it took a bunch of women to sew that tapestry. Back in the day when I embroidered, it would take me a year to work on a 12 x 12 inch pillow front.

The hand work is gorgeous.

Thanks for telling us about it, Steph!

That is one long tapestry. I never knew it existed.

I'm so insular, it's hard to believe so many other things exist in this world.

Ah, better late than never! Here I am, y'all! My internet has been giving me fits for the last several days. But I made it! LOL I never knew about that tapestry either, Steph. Wow, you have been to so many cool places. That would sure give me a lot to write about if I'd traveled as much as you have. Very interesting stuff.
I love the cover for the stimulating edition. It's just gorgeous!

Hi everyone. Thanks with your patience for me. I had yesterday off and it was catch up day. I wrapped all those packages I was going to mail and mailed them off. I worked on my Christmas cards and when Andrew came home, I helped him with school work. Phew... I was pooped!

Thanks, Celia, the tapesty sounds really cool. I firmly intend to visit one day!

Maggie Nice to see you, Sweetie. I think it took several years for them to put it together.

Morgan, I didn't know about the tapesty either. Amazing the stuff we find in the world to remind us of our history.

Cheryl, nice to see you pop in, Sweetie.

Since I didn't get a good chance to hang out on the net, I'm going to extend goodie time for another day and I'll announce the winners tomorrow.

Oui, Bien, Vivian! It's nice to see you pop in!
Smiles
Steph

Bonjour Steph, merci pour ce blog. Such an interesting story. The tapestry is beautiful and I enjoyed reading about its story in the post and in your excerpt.

Hi,
Sorry I'm late. I'm like Cheryl - I have internet problems. I have called Time Warner so many times - I'm just thankful I can eventually leave comments. Certain times of the day seem to be better.

Keena, thank you for visiting the anthology authors and leaving a comment at my blog. You have lovely book covers and your books sound fantastic!

Steph, I loved your story in the Stimulating collection and also love the book cover. I always enjoy your unique pictures - thanks for sharing the tapestry one.

I love how you include history in your stories :) It adds a wonderful depth to the writing, makes the reader feel like they are right there :)

Hi everyone - it's goodie time!

Congrats to Mona & Morgan who won the autographed postcard.

Congrats to Liana who won the print copy of the book!

If you could send me an email to sgcardin1@yahoo.com or botrina_buchanan@yahoo.com with your snail mail, I'll get them right out!