The Luxury of Equality 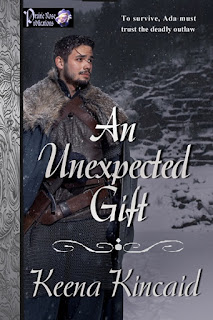 Over the weekend, my family had a lively discussion about the whiplash of women’s status through the ages, comparing gender equality in ancient Egypt and the modern Western world vs. women’s status in ancient Greece and some modern Middle Eastern countries.

Why would women let that happen? One nephew asked.

But the thing is, women didn’t let it happen. When a civilization collapses and you’re fighting for survival for yourself and your children, men’s superior physical strength quickly unlevels the playing field.

The fall from equality to second-class citizen with the legal status of a child might be quick or slow, but I suspect it’s always a shock to the individuals involved—and it chafes future generations of women no matter how much time passes.

Because I write medieval romances, I think a lot about the tensions between men and women within the society. Medieval women knew they deserved better and many got better from individuals, but they still faced institutional misogyny.

In An Unexpected Gift—available tomorrow as a stand-alone novella—the heroine is at her most vulnerable. She’s pitted against a society that sees her as someone to exploit or protect, but not stand beside or respect.

Ada is probably my most traditional heroine in that she is at a powerless moment in her life. She’s brave and strong and resourceful, but ultimately she cannot rescue herself, a fact that she hates.
She must place her faith in a stranger—a man who could be her savior or someone even more dangerous than the man who wants to kill her and her unborn child—and that is where the story begins.

Keena Kincaid writes historical romances in which passion, magic and treachery collide to create unforgettable stories. You can find out more about her books here.
Posted by Keena Kincaid at 16.8.16