One Inch Closer to Hell 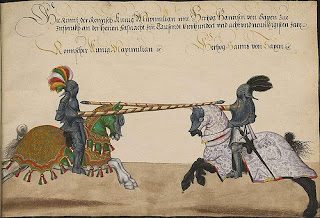 ENTHRALLED, my fourth historical romance, is officially on sale today.


It's a great day for several reasons. In many ways, Enthralled is the hardest story I've written to date. The relationship between William and Amilia is complex and layered from the very first word. They are childhood sweethearts, denied to each other because of social expectations and family ambitions.


Additionally, William of Ravenglas presented his own own unique challenges. He’s arrogant, in danger from the sins of his past and driven by a need to do “the right thing.” He can be rigid and judgmental, but he’s also quick to forgive and loyal to a fault.

He is how I imagine chivalry and courtly love collided with human failings. Duty and honor don't always go hand-in-hand for him, and his struggle between the two is partly what I love about him. He's a deeply flawed man who wants to live with honor and integrity in a world where he sees little of either.
Typically, I create heroes who are in desperate need of redemption. They don't fall from the straight and narrow path, but jump from it. For William, one step off that path leads to another misstep and then another. Like most of us, he falls one inch at a time and that is extremely hard to write and still make him heroic and lovable.