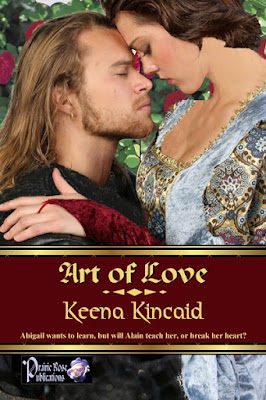 It's been a few years since I wrote Art of Love, which is set in the 12th century abbey schools that eventually became the University of Paris. But the recent debate on "facts" brought this passage to mind.

“The Pharisees did not write the Gospels, so we do not really know what they thought, only what they did.” Alain rose as he spoke. If he had drawn a sword he could not have commandeered more attention. “The apostles wrote the Gospels, and you could argue they were setting doctrine, not history.”

“Master Alain.” Orleans’ voice was cold even as he squinted in Alain’s general direction. “I was wondering when you would speak up.”

“This is my argument,” Abigail said. Both men ignored her.
“Continue,” Orleans ordered.

Alain nodded. “I am not saying the Gospels are fallible. That would indeed be heresy. However, the answer to your question is more complicated than it would appear. Fact and truth are not interchangeable. Like faith and reason, fact and truth are twins, each incomplete without the other and incomplete in our definition.”

Despite being furious that Alain jumped to her defense, Abigail was impressed.

“In the beginning was the word and the word was of God and the word was God, and then God said, let there be light,” he continued, his voice like medicine laced with honey. “God spoke the universe into existence, and Saint John describes our Redemptor as the word. We reason with words. We dispute with words. We pray with words. We write words, read words and hold our thoughts, our memories and our observations in words. Whether it is Abelard and his logic or Herodotus and his histories, we cannot go beyond words. Fact and truth have the same symbiotic relationship. Our words are our facts; however, the truth is dependent upon our viewpoint.”

“Are you suggesting truth is subjective?” The question staggered out of the master’s mouth. Orleans looked confused and his dim eyes missed Alain’s predatory smile.

“Plato said it was comparative.”

“You are on the verge of heresy, Scotsman, take care with your next words.”

Abigail waited, holding her breath. Heresy could turn on something as precise as tense.

“Our argument is not about truth, but facts. Plato’s good man was based on comparison with other men because he had no access to the ultimate good. Saint Paul wrote that we see through a glass darkly. Even now, we do not know the truth, only where to find it. God alone has all the facts, and therefore, the truth. Anything written by man contains neither all the facts nor the truth. We are right to question Herodotus and Abelard both. We err when we judge them by different standards.”

“That is what I said!” Abigail cried. Again, both men ignored her.

“And Abelard was right to question God?” Orleans exclaimed.

Alain shook his head in exaggerated exasperation. “Job questioned God and was not condemned for it. Abelard questioned accepted practices, not God. It is not the questions, but the conclusion that leads us astray. Therefore, we best serve the present and the future by discussing only what we know to be fact. Otherwise, innocent men might be falsely accused of pederasty or heresy or treason because of half truths.”

Abigail looked up in time to see pure hatred flash across Orleans’s face. She turned and saw Alain meet the hatred head on.